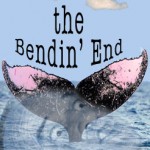 the Bendin’ End: A Celebratory Tribute to the Art & Legacy of Lord Buckley
by Oliver Trager
Lords And Ladies of the Royal Court!

This autumn marks a half century since the great American jazz comedian and freedom lovin’ American comedian and jazz storyteller Lord Buckley swooped the mortal coil and departed our sweet green swingin’ sphere to parts of the omniverse still uncharted.

To commemorate this hallowed advent, you are invited to revel with the Royal Court in honor of Lord Buckley and his high artistic, spiritual and philosophical achievement.

We plan a varied evening of words, music and images brought to you by an extremely talented wandering tribe of performing artists:

We are also proud to present a special excerpt from “Doc,” Immy Humes’ acclaimed documentary film about her father, the late Harold L. Humes that features a segment on His Lordship’s final days.

Many of Lord Buckley hip classics (including “The Nazz,” “The Hip Gahn,” “The Gasser,” “Black Cross,” and “The Raven”) will be presented and we hear from beyond the veil that Lord Buckley himself is considering rising from the other end of the cosmic flip to make an appearance that will correct all karmic imbalances.

Please join us for this very special, never to be forgotten shamanistic evening.

Tell them the Nazz sent you.

About Me shows both recent and ongoing projects - with additional highlights listed there.

Resume will show you my most recent CV listings - as well as an option for pdf download.

Reviews will give you a taste of reactions and responses to my work.

Resources presents an ongoing collection of source and contact information for Individuals and Groups in the business.